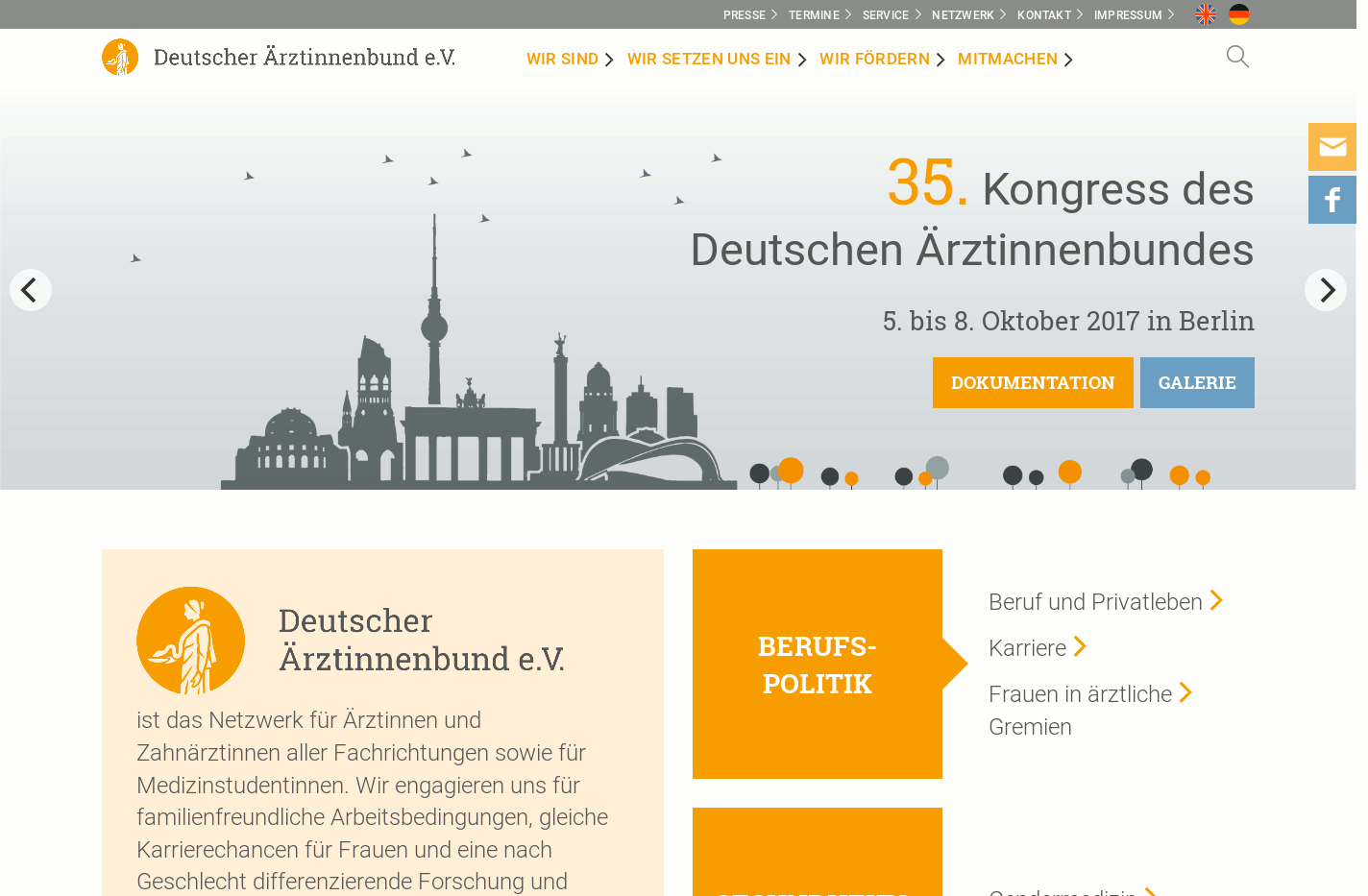 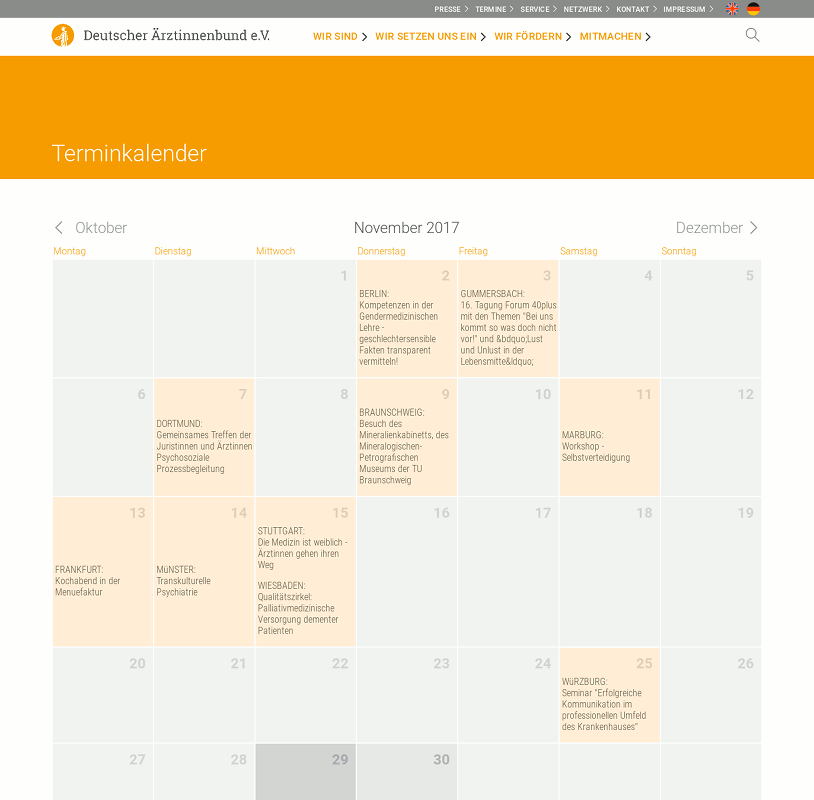 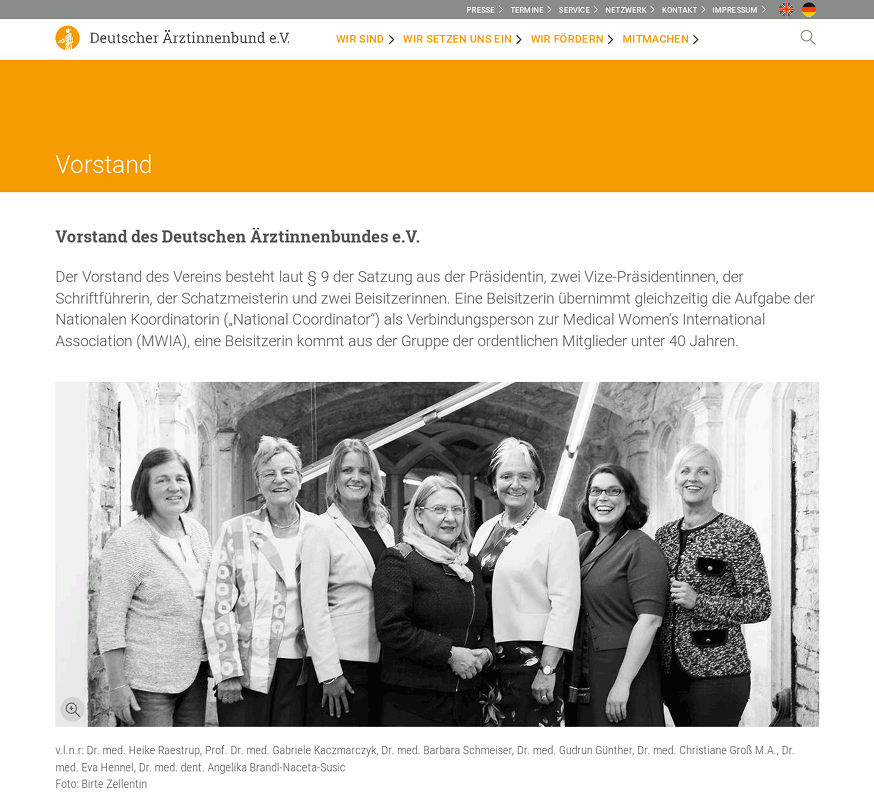 The German Medical Women’s Association is the organization for female doctors, dentists and medical students in Germany.

For the relaunch of the website, I first evaluated the thematic priorities with the press spokeswoman and an editorial board of the association’s board: the new website was to work out the profile of the DÄB for membership advertising and public relations. For the creation of the layout in compliance with the content requirements as well as a responsive design of me the graphic designers of Minkadu were brought into the boat. Finally, I implemented the layout into HTML templates and CSS for the Content Management System ePush; Slider and calendar were realized with specially programmed plugins. Numerous pages of the existing website were rewritten by the associacion’s spokeswoman and these updates were added to the CMS by me.