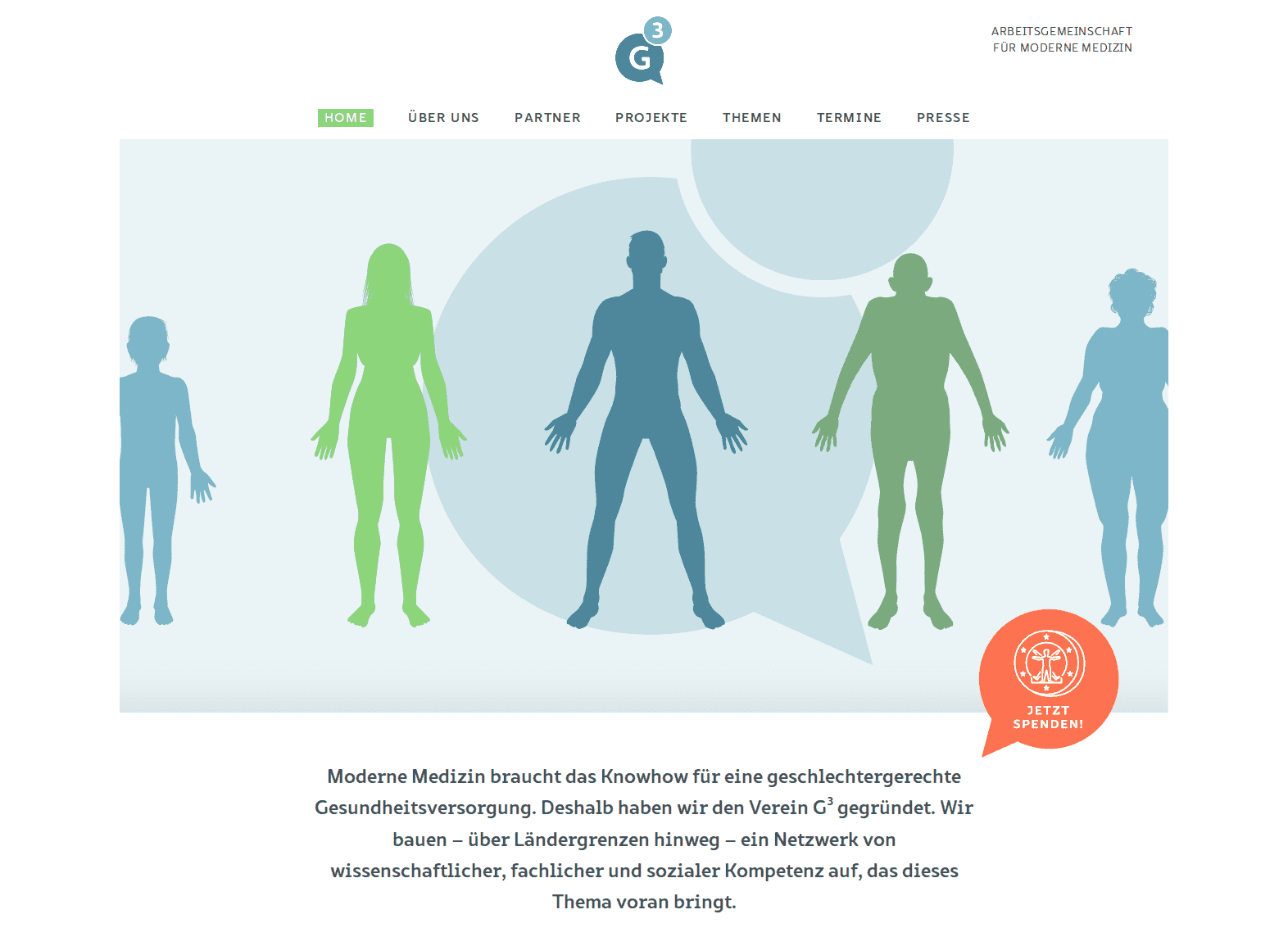 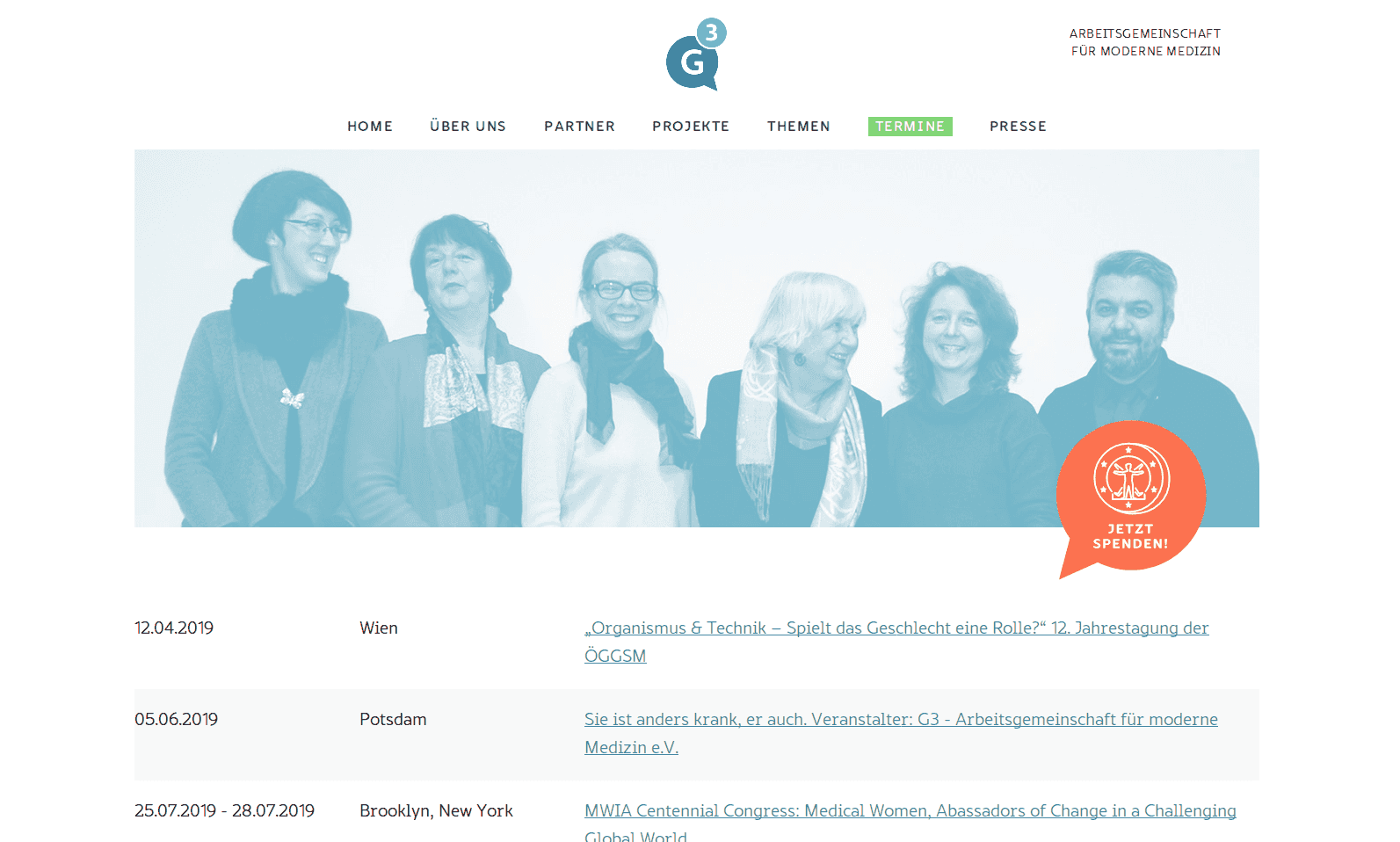 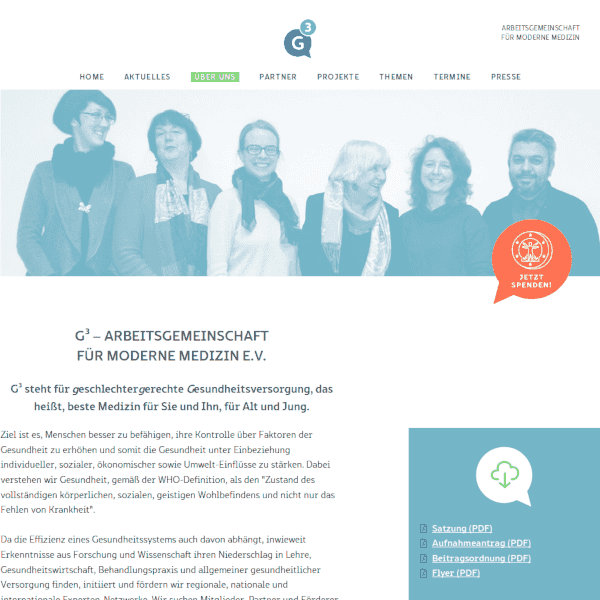 G3 is a non-profit association founded in 2018 by doctors and scientists in Potsdam, the capital of Brandenburg. The goal is a modern health care observing sex differences in medical research and practice.

I created the website with ePush CMS using a finished Corporate Identity including drafts and a styleguide for the Web Design.

The key visual on the front page, an animated vector graphic, was created with Adobe Animate CC and exported as SVG. Contrary to usual movie file formats like MP4, which suffer either from high bandwidth needs or ugly compression artifacts, the resulting filesize remains small while the display is lossless.

During the setup of the website in the CMS, it was important to first create a basis with the self-portrayal of the association and its goals. This basic structure should be easily extendable later with current contents such as news and dates as well as detailed representations of individual projects.